Well, your faithful blogger was on hand (or, rather, deck) for the 3rd annual Morgan Cup Schooner Race on September 12th, and though it was a great sacrifice for me, (ha!) I boarded the historic New York fireboat John J. Harvey with 79 other lucky spectators and we followed the fleet around the mouth of the Thames River near Ledge Light up about 2 miles to the start of the race, spewing water as is befitting a fireboat, and generally being the envy of all the other boats, power and sail, who had come out to see these old beauties perform. 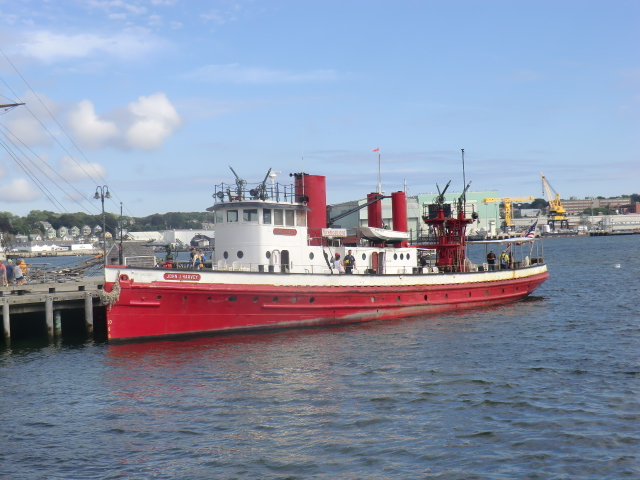 What follows is a description of the race by someone who has no idea how to describe a race, but I think you’ll get the idea that this was a great event and one of the highlights of last weekend’s Connecticut Maritime Heritage Festival—and it happened within the borderless borders of the Thames River Heritage Park.

So as Marshall Dodge would say, we slithered out into the harbor, 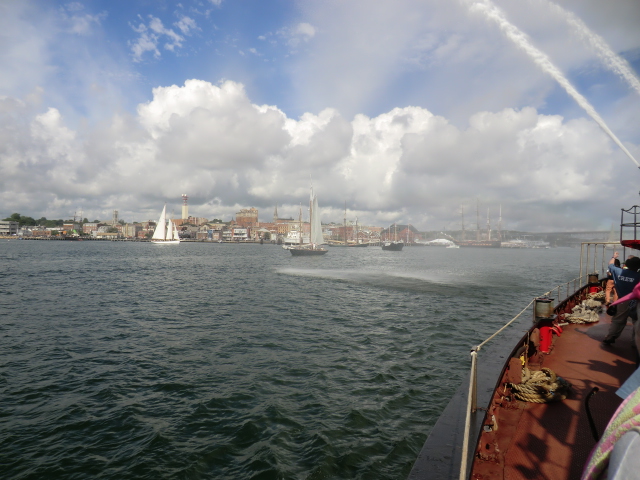 leaving behind the absolutely gigantic Oliver Hazard Perry, a 3-masted affair with I believe 11 sails but because of its square rig it couldn’t heave itself out into the Sound to compete with the other “tinier” boats like the 141-foot Columbia or the 75-foot Mary E.

On our way out, the Harvey and the 1947 dragger and race committee boat Roann passed the USNS Trenton, a whopper of a supply catamaran just built this year and at Fort Trumbull for visitors to, well, to get lost in, I suspect.

Then, accompanied by Mystic Seaport’s Brilliant, which unlike any of the other schooners just strolled up the river behind us under sail, we cruised around and waited for the start, which is always fun because everyone has to decide how to get as close to the starting buoy as possible without crossing it before the gun goes off.

So we had a little milling around. 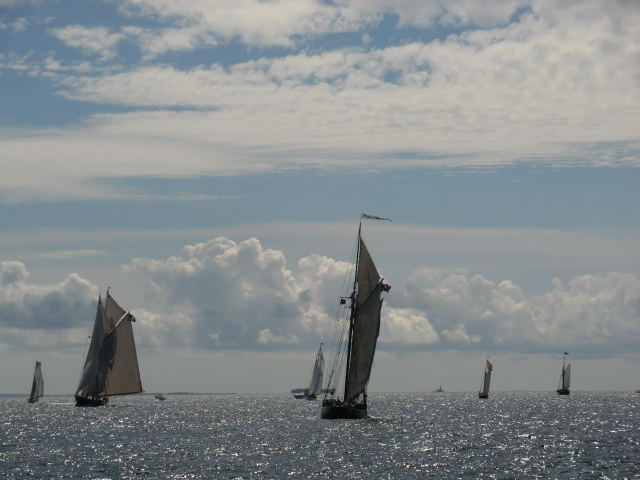 General Patton’s plucky little 63-foot When and If was in the lead nearly the entire time, though it had taken a position quite close to the New London side of the river so most eyes were on the battle between Columbia and Brilliant.

Which was pretty exciting on the first leg, with Brilliant doing something quite clever (no, I have no idea what it was, but my colleagues in the bow of the Harvey noticed it and she shot ahead for a bit)

but little When and If just kept gaining ground way over on the other side, and twirling around those buoys so closely it didn’t seem like anything could touch her . . . until the last leg.

Now, I personally think something happened to that middle sail. It just wouldn’t stay up, or something, and she lost a lot of ground. Sleek steel-hulled Columbia kept gaining and overtook her with less than a minute before the finish. It was a nail-biter, I tellya. 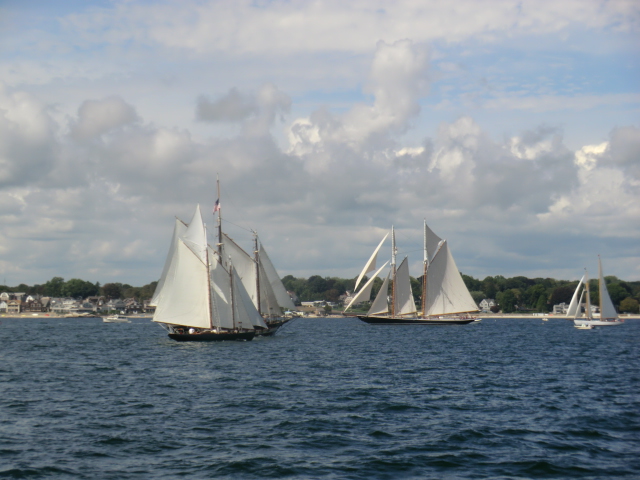 Brilliant was a respectable third, and I have to say, the Mystic Whaler was a stellar performer, sailing beautifully and I do believe with some restraint, given that she had the most passengers on her.

I’m told she has one of the best crews around. The Lettie G Howard, a dignified old thing from 1893, was a favorite on the fireboat since they’re docked near each other at the South Street Seaport. 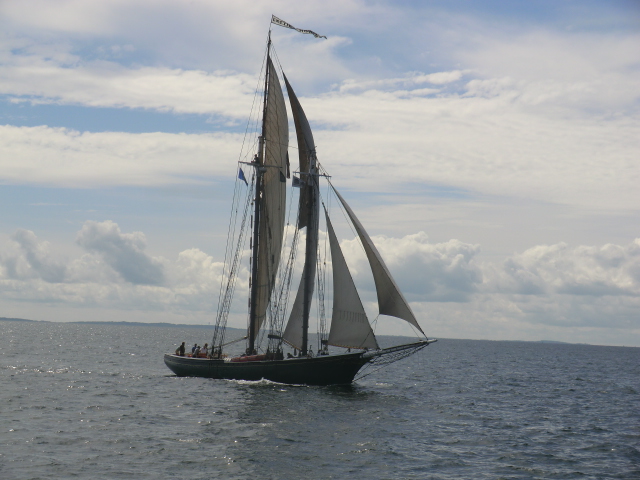 She hung in there as best she could. And though she kind of got left in the dust, the dear clipper Mary E. was truly beautiful to watch. 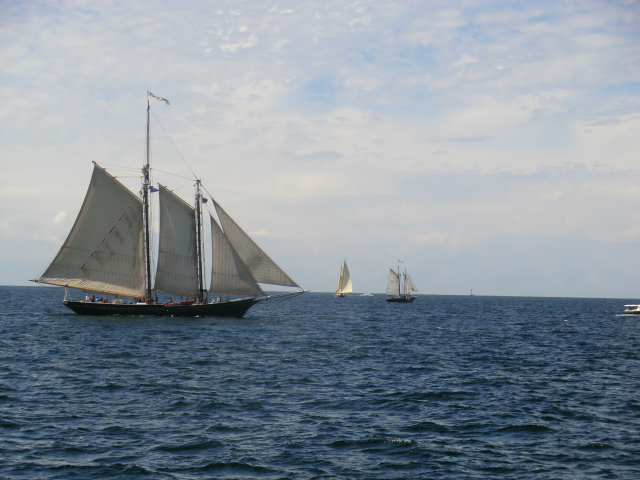 So I hope everyone had a chance to go to New London over the weekend and experience some of the many activities and events that the Festival offered. We had a photographer from the Day onboard the Howard, so you can go to their website and see more photos.