Today is Saturday, December 3, 2022 The Water Taxi is not running.

The LHAT National Conference, presented in different cities each year, is the largest gathering of historic theatre professionals nationwide. The conference took place in Cleveland’s Playhouse Square Arts District, home to five historic theatres and the biggest performing arts center in the U.S. outside of New York City.

This year’s conference focused not only on the preservation, restoration, and operation of historic theatres, but also on the role arts organizations play in the ongoing conversations around diversity, equity, and inclusion. The conference highlighted this with presentations from Cleveland Public Theatre as well as Karamu House, recognized as the oldest producing African American theatre in the nation.

The Garde Arts Center took home the 2022 Outstanding Historic Theatre Award during the conference on July 10-13, 2022, which was attended by over 300 historic theatre operators and service providers from across North America and the United Kingdom. The nominating committee consisted of former LHAT Board Presidents and leaders in the industry. Nominations were accepted from across the nation, representing some of America’s finest performing arts venues and film houses. Past winners include New York’s City Center, The Fox Theatre in Atlanta, The Michigan Theater in Ann Arbor, and Cleveland’s Playhouse Square. 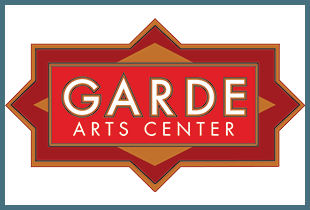